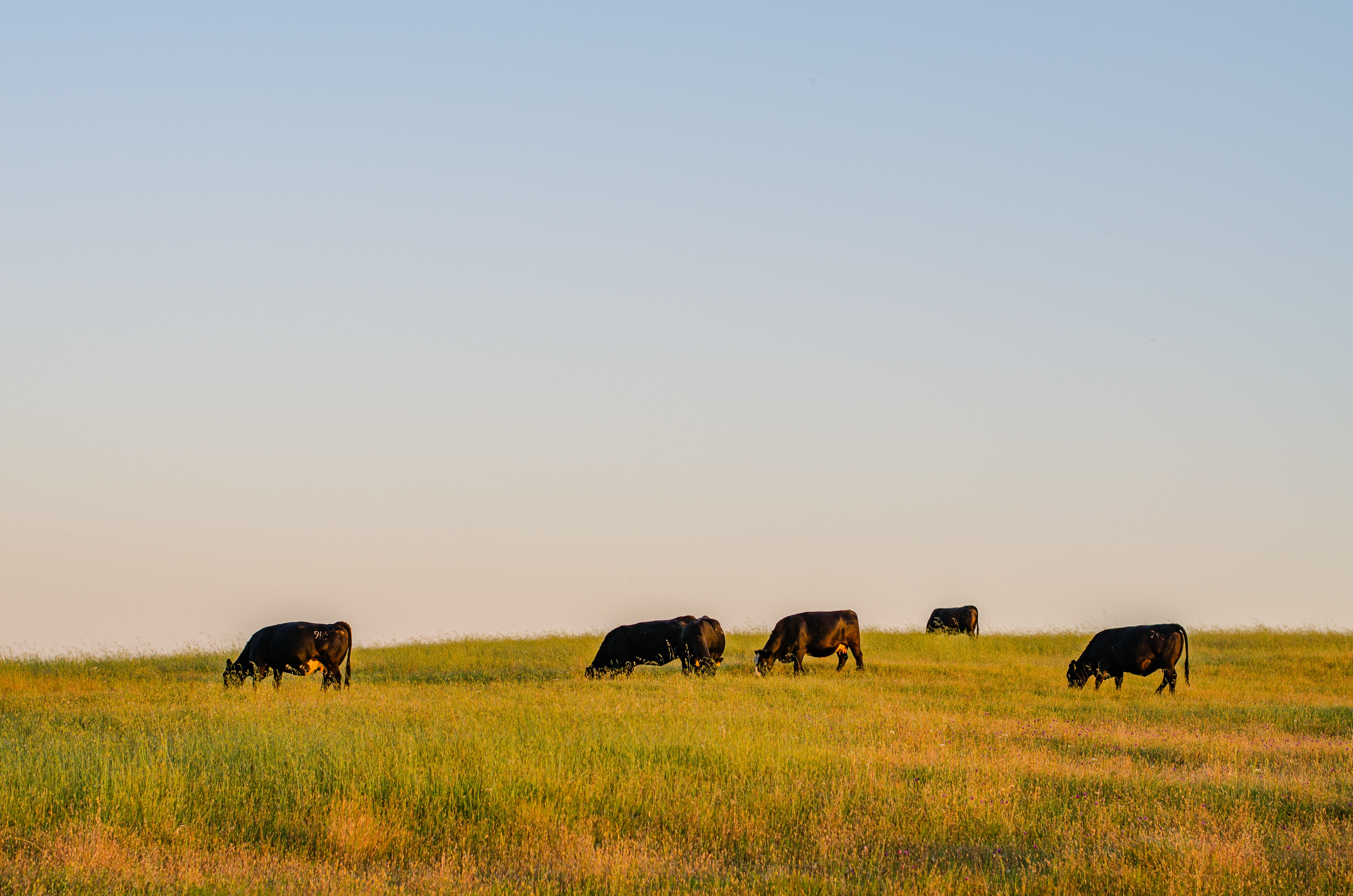 Nitrate Poisoning of Livestock as Related to Drought Stressed Forages

Drought conditions do more than just wilt plants and inhibit growth. Nitrate poisoning can be of great concern for animals consuming drought stressed forages. Nitrogen is taken up by plants in the form of nitrates regardless of the form of nitrogen in the soil. Nitrates are naturally occurring in all forages; they are converted to protein in the stem and leaves under normal circumstances and rarely accumulate unless certain factors align. The normal cycle of nitrate conversion to protein is dependent on adequate water, energy from the sun, and an adequate temperature for chemical reaction. If any of these are changed, the conversion to protein is slowed, but the uptake of nitrates from the roots remains.

Nitrates accumulate in plants at a rapid rate when a stress event occurs. These events can be drought, freezing, or even afternoon wilt. When this happens, the process of converting nitrates to protein is hindered in the plant so the nitrates start to build up in the plant. Grass forages, small grains, and corn are much more likely to contribute to nitrate poisoning as we more routinely fertilize these forages with nitrogen, and they are the biggest concern during drought years for nitrate poisoning. Grazing animals, especially ruminants, can suffer greatly by consuming plants with excess nitrates and succumb to chronic nitrate poisoning.

Cattle are typically of greater concern as they tend to be more susceptible than sheep to nitrate toxicity. Ruminants in general are at higher risk due to the nature of the rumen bacteria favoring the conversion of nitrates to nitrites. Nitrites are tenfold more toxic to cattle than nitrates. The excess nitrites in the bloodstream absorb into red blood cells and combine with hemoglobin to form methemoglobin. This newly formed protein is not able to transport oxygen nearly as well as the unadulterated hemoglobin, causing the animal’s heart and lungs to work harder and harder and eventually the animal suffocates. Non-ruminant livestock animals are able to tolerate considerably higher levels of nitrates before the ill effects of toxicity are exhibited.

Multiple, small feedings help an animal to adapt and it is possible to slowly help an animal adjust to higher than normal nitrate levels in forages. Proper trace mineral supplementation and balanced rations can also help decrease likelihood of nitrate poisoning.

Some signs of nitrate poisoning of livestock include brownish/blue mucus membranes, rapid/labored breathing, excessive salivation, bloating, tremors, staggering, chocolate colored blood, weakness, and rapid pulse. Generally, these symptoms will manifest 30 minutes to 4 hours after the livestock consume high nitrate feeds. A female that survives a bout with nitrate toxicity may abort any fetus approximately 1-2 weeks after the event. The cause of the abortion is lack of oxygen to the fetus.

There are treatments available, although treatment is generally not very successful. Therefore, contacting your veterinarian is the best option for treatment. Like any poisoning, the best method is prevention of toxicity by mindful timing and feeding of questionable feedstuffs as well as lab analysis of suspected high nitrate feeds. The more you know about your feeds the better prepared you will be against toxicity issues and the better your animals will perform.

Just because a forage or crop is drought stressed doesn’t mean that it will have high nitrate levels. A plant needs at least a little water to continue to take up nitrates from the roots. So, a plant may look drought stressed, but if there hasn’t been any moisture in the soil for the plant for a while then it probably doesn’t have concerning nitrate amounts. Certain areas of pastures or fields with sandy soil that dry out quickly may have drought stressed plants, but with minimal nitrates. Nitrates generally accumulate in the stems of forages so by not grazing plants too aggressively or by raising the cutter bar we can minimize the amount of nitrates going into the harvested forage and therefore reduce risk of toxicity. Grazing animals on rangeland rarely have any issues with nitrate toxicity unless there are significant nitrate accumulating weed varieties. These weeds are able to cache nitrates at high amounts so a weedy pasture or hay is something to look out for in drought conditions.

If high nitrates are suspected then a safer option is to harvest for silage. The fermentation process, if done properly, will reduce nitrate levels by more than one-half thereby minimizing the risk to livestock. Nitrate levels will remain high in green-chop as well as dried hay so it is important to always keep that in mind.

How to avoid nitrate poisoning: (A lot of these strategies are similar to avoiding grass tetany and legume bloat depending on the types of forages in your pasture)

There are several labs around the country to send forage samples to know your nitrate levels. Labs that offer nitrate testing include:

McKay was born in Southwest Wyoming and later moved to Southern Utah. Growing up around sheep and horses his fascination of animals led him to working for ranches in several states in the Western US and then to attend the University of Nebraska to obtain his Master’s degree in Cattle Nutrition and Production Management. McKay’s passion for agriculture and the ranching industry is strong and he is excited to be able to help America’s ranching families continue to do what they love.